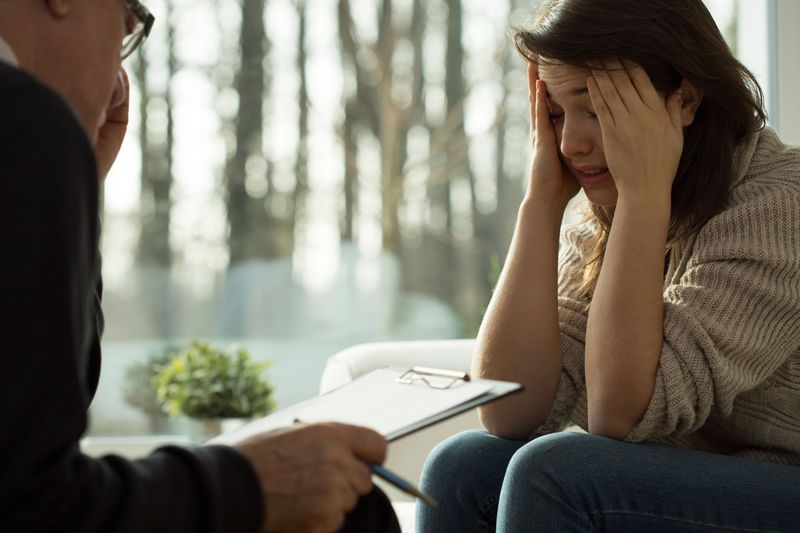 As health care providers, psychotherapists, psychologists, social workers, and those operating in similar capacities can be sued for “malpractice” in the same way doctors and nurses can. Patients (or clients, as they are usually called) have a right to competent and professional care. When they are harmed through the clear fault of a health care provider, they can seek legal remedy in a court of law. In other words, they can sue.

That’s the theory. In practice, suing a psychotherapist can be more complicated that suing a doctor. Except for rare cases of physical harm (for example, if a therapist sexually abused a patient during a counseling session), most lawsuits against psychotherapists involve emotional rather than physical harm.

As we’ve pointed out in another article, lawsuits for emotional distress are possible. They tend to be easiest to win when the emotional distress is the byproduct of visible, physical harm. For example, a person who is physically attacked and suffers broken bones may also experience anxiety and other emotional symptoms as a direct result of the attack. In the courtroom, it may end up being easy to convince the jury that not all the damage was physical, and that the emotional harm deserves to be compensated as well.

The situation changes, however, when there is only emotional harm without overt physical evidence. People can and do sue for emotional distress alone and sometimes win. But juries are skeptical of such cases, and much harder to win over than when physical harm is visible. After all, there are plenty of “fakers” and “golddiggers” out there, and it’s not always easy to tell the real cases from the bogus ones. This problem also applies to psychotherapy.

Moreover, by its very nature, therapy isn’t always pleasant. The essence of successful therapy is learning to look clearly at oneself. People don’t always like what they see, or what they experience during this process. If the client then decides that he or she is emotionally worse off, perhaps severely so, by having undergone psychotherapy, a lawsuit may be filed. This will put the jury in the difficult position of having to decide whether there really was harm, and if so, whether the therapist did something wrong and thereby caused it.

Of course, each case of therapy is different, and there are countless ways in which a client could suffer emotional distress during the therapy process. One issue in particular, however, has given rise in recent years to a number of high-profile lawsuits: so-called false memory syndrome.

Therapy often entails unearthing and dealing with long-forgotten experiences, especially those of a traumatic nature. A skilled therapist can help a client to recall experiences that have been repressed for years or even decades. Sometimes, however, therapists have been known to go beyond gentle encouragement, and instead to actively push clients to “remember” incidents that exist only in the therapist’s too-fertile imagination. If the therapist’s presentation of the (fictitious) event is persuasive enough; if the client places total, childlike trust in the therapist; and if there are reasons why the client desperately wants to believe that the story is true—or any combination of these factors—the client may well come to believe that he or she isn’t merely creating a vivid mental picture of the event (as one would when listening to a master storyteller), but actually remembering it.

Such “false memories” can be emotionally devastating. Almost always, such cases involve persons who were indeed severely traumatized as children. The false memory has the effect of creating a new, additional trauma on top of the already existing ones, and of further blurring the line between reality and fantasy which the client is working so hard to establish. And the false memories are frequently the result of unethical behavior on the part of the therapist, who for reasons of his or her own is unwilling to allow the client to do the remembering, and instead feels compelled to create a “memory” and instill it in the client.

In several instances, juries have sided with the clients in such lawsuits, and have sometimes awarded millions of dollars in damages. Only a few decades ago, this would have been unheard of.

Very recently, even more new legal ground was broken when not a client, but a client’s parents sued a therapist because of a false memory. Charles and Karen Johnson successfully sued a therapist for implanting false memories in their daughter, causing her to accuse them of sexual abuse.

Their case is, however, hotly debated and highly controversial for many reasons. The confidentiality of the therapist-client relationship cannot be maintained when a third party must collect evidence of events that occurred within that relationship. Furthermore, legal scholars worry that if the case sets a precedent, therapists will no longer be free to do what they think best for their clients within the framework of a confidential relationship. Instead, therapists will be forced to constantly consider how their treatment choices will look to an outsider once the veil of confidentiality has been pierced. Future cases of this nature will doubtlessly occur, and will be closely watched by the legal community.

So what’s the bottom line? Simply this: lawsuits arising from therapists’ actions within the framework of the therapeutic relationship represent an extremely complex, unclearly defined, and still evolving area of the law. They have not just legal, but also serious ethical and emotional ramifications as well.

If you are contemplating such a lawsuit, it is therefore essential that you work with a competent attorney in order to determine which laws, ethical guidelines, and legal precedents are applicable to your case.

This is not to say that such lawsuits are unjustified or unduly difficult to win. Collect all the evidence you can, and present it to your attorney. He or she will then work with you to determine whether or not you would be wise to proceed with a lawsuit that may well be complicated or even controversial.

1 thought on “How to Sue a Psychotherapist”