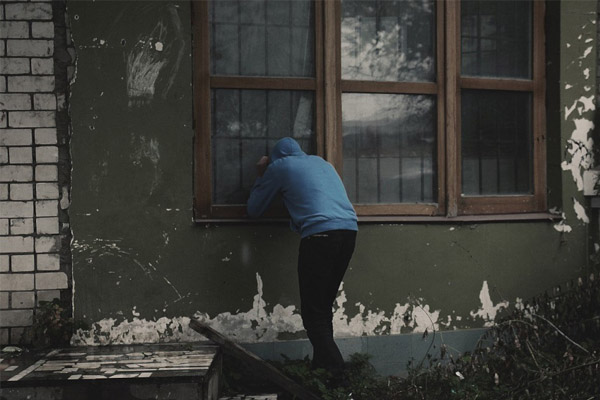 If you feel that someone has invaded your privacy–in other words, someone has deprived you of your right to be left alone without harassment, especially in “private” spaces such as your home, you can file an invasion of privacy lawsuit.

The legal concept of privacy, however, is a tricky one. Unlike many other rights to which citizens are entitled, this concept is not included in the Constitution. Nor has it been spelled out in specific statutes or laws. Rather, the right to privacy has been defined, sometimes unclearly, by centuries of case law and precedent.

How can you tell whether something that has happened to you is actually invasion of privacy in the legal sense? Legal experts have come to agree on four specific forms or categories of invasion of privacy. Any given act may fall into any one, or several, or all of these categories. Here’s an overview:

1. Intrusion on Seclusion or Solitude

Put simply, you have the right to be left alone and in peace when in your own private area. Uninvited persons have no right to invade your private space. The most obvious intrusion would be physically entering your space, i.e. trespassing on your property. But it’s also intrusion if someone plants a microphone or video camera in order to observe you, or hacks into your computer.

Simply observing something through your open window generally generally doesn’t constitute an intrusion, but climbing a tree and using a telescope does. Unfortunately, this area of the law contains many “gray areas” since there is no specific guideline that can be used to determine when someone crosses the line from simply being nosy to committing an actionable tort. Intention is a major factor (i.e. did the person knowingly and willingly intrude on your private space?) but can be difficult to prove unless it leads to clearly observable actions.

For example: let’s say you’ve been married three times, and someone is out to “get” you. He could (legally) go to the courthouses where your divorces took place and obtain copies of the divorce decrees, which might well contain a great deal of private information about your marriages, your assets, and so on. He could contact your ex-wives, friends, and acquaintances, and ask for them for information about what happened. He could also obtain any public criminal records about you that may exist. Using this information, such a person might be able to write a detailed history of your marital life.

But even if he was careful to stick only to provable facts, you could sue if he made this information public, for example by publishing it on the Internet.

Information about private individuals can only be made public when there is a reasonable and justifiable public interest in such information. If you’ve done something newsworthy—for example, committed a serious crime, given a speech attended by a large group of people, invented something significant, and so on—this can be reported on. But the mere fact that your marital life has been challenging and that some of your former spouses dislike you isn’t genuine news that the public has any reason to know. So no one has a right to publish it.

Note that people who enter public life have a lesser right to such privacy than those who don’t. To use the example above: a journalist can dig up details about a prominent politician’s marital and family life and publish it because voters have a right to learn about the character of someone wishing to represent them. Here too, there are many gray areas between where the public interest ends and private life begins.

3. Placing you in a false light

This is related to point (2). Publicly making statements, which can be true, with the malicious purpose of making you “look bad” can be invasion of privacy. If you’re running for county treasurer, it’s legal for someone to point out that you once declared bankruptcy. But to point this out at a town hall meeting which you are merely attending as a private individual might be a cause for a lawsuit. As a private individual, you have a right not to be intentionally exposed to public contempt, or held out as an example of something bad, unless there is a compelling interest in protecting someone else in doing so.

4. Appropriating your name, indentity, or likeness

This form of invasion of privacy is not to be confused with identity theft, in which someone assumes your identity to obtain credit cards, money, or the like.

Your name, face, and likeness belong to you as a private citizen. It would be invasion of privacy if someone wrote and published a story using your name (that isn’t a mere coincidence) or used your face in a cartoon.

Here again, very different standards are used for public and private figures. An interesting example arose during the 1990s in the wake of the Clinton/Lewinsky scandal. When the scandal broke, Halloween costume makers quickly ramped up production of Bill Clinton masks. As President of the United States, Clinton had to accept the fact that some people would publicly criticize him, which included ridicule in the form of masks, cartoons, and so on. But costume manufacturers could and did encounter legal troubles when they produced Lewinsky masks. As a mere White House intern with no public office, Lewinsky was considered a private individual. When she did something newsworthy (acts involving the president), that could be reported on. This, however, did not eliminate her legal right to privacy in matters of no concern to the public, nor did it entitle third parties to use her likeness for private, profit-oriented purposes.

So where does this leave you if you believe your privacy has unlawfully been invaded?

The above points can be used for general information and can help you understand how the legal concept of privacy functions. They should not, however, be construed as legal advice. If you want to sue for invasion of privacy, you should consult an attorney, who will be able to evaluate your specific situation, and will be able to advise you on how privacy law may be applicable to it.

11 thoughts on “How to Sue for Invasion of Privacy”