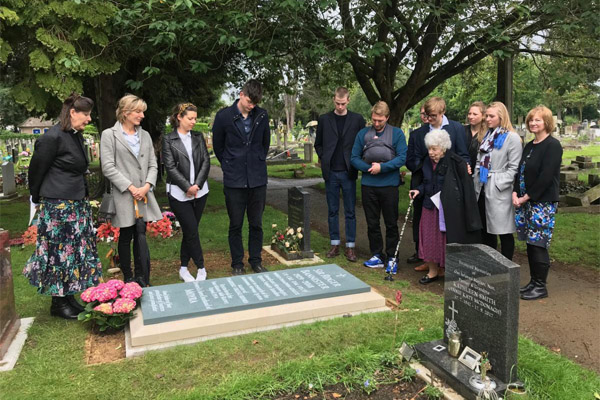 A wrongful death lawsuit is a claim against someone who has illegally and/or negligently caused the death of another human being, resulting in a loss to a third party. Note that wrongful death is a concept of civil law and is separate from the criminal law concepts of murder, manslaughter, homicide, and the like. As the O. J. Simpson case famously demonstrated, a person can be successfully sued for wrongful death even if they are not convicted in criminal proceedings.

Unlike other lawsuits, the person who has been directly “damaged” cannot file suit, because, of course, he or she is dead and can no longer receive compensation of any kind. Because of this, there were no “wrongful death” lawsuits under traditional common law.

Today, however, the law recognizes that when a human being is killed, the victim’s survivors, too, have suffered harm, and should be entitled to sue the perpetrator for damages. It is they who can bring a wrongful death lawsuit.

Who Can Sue for Wrongful Death?

The question of who can sue for wrongful death can only be answered on a state by state basis since this area of the law is governed by state statute. As a general rule, immediate family (spouses, parents, children) always have standing to bring wrongful death lawsuits. Some states allow siblings and even more distant relatives such as aunts, uncles, grandparents to bring such suits.

It is also essential for the plaintiff to show that he or she sustained financial loss because of the wrongful death. Suing solely for emotional loss in such cases is difficult at best.

Who Can Be Sued?

With the exception described below, virtually anyone who has contributed to a death can be sued. Of course, a criminal who kills someone during the commission of a crime can be sued. So can a cab driver who gets drunk and gets into an accident causing the death of a passenger. Any negligent person, such as a restaurant or store owner, or an employer whose carelessness contributes to a death can be sued. Manufacturers can be sued if their products are found to have “wrongfully” caused death. For example: a car manufacturer that sells cars with faulty brakes that lead to a fatal accident could be sued. However, if a murderer used a screwdriver to stab and kill a victim, the manufacturer of the screwdriver would not be liable, since the manufacturer did nothing wrongful.

Who Can’t Be Sued?

Generally, family members have not been allowed to sue other family members for wrongful death. For example, if a wife murdered her husband, she could not be sued by her children for the wrongful death of their father. This principle is known as the “family immunity doctrine.” It was created to prevent the undermining of family solidarity, and also to protect insurance companies against potentially fraudulent claims by family members who might conspire together against the companies.

The doctrine is gradually being worn away by exceptions that have been legislated in a number of states. An attorney can give you more information on possible exceptions to the family immunity doctrine in your state.

How to Sue for Wrongful Death

If someone close to you has died as a result of someone else’s wrongful action, you may be entitled to sue for wrongful death.

Because of the complexities of the law, it is not advisable to attempt such a lawsuit without a lawyer. You should gather all the facts about the case, including the circumstances surrounding the death; the actions of the person you believe responsible; and your own relationship to the victim, and how you suffered financial loss as a result of the incident. Then consult an attorney. And be sure to do so promptly. Unlike murder, wrongful death generally falls under a statute of limitations. If you wait too long, your claim, no matter how justified, may be barred.